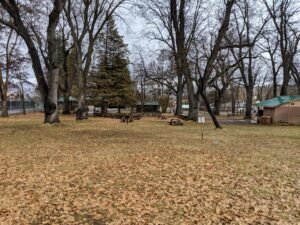 I have not posted in a couple days due to felling like garbage. You see my grandson, bless his little heart, decided he’d like to share his cold with me, so I was a bit under the weather. Yesterday was better, and this morning is better still and it’s quite possible I may live after all.

Speaking of yesterday, I drove over to Etna, California and had lunch with a bunch of other retired Cal-Fire guys, most of who I’ve known and had had worked with for many years. If you’ve never been to Etna you’ve missed out on a chance to step back in time. It’s a small old school town at the far end of the Scott Valley in one of the most beautiful settings in the world. The entire valley is full of ranches and is surrounded by heavily timbered mountains. Most every business sits on a single main street with angled parking spaces. It’s a lazy days type setting and no-one is in a hurry.

Years ago myself and another guy named Marion Stealman had the idea we’d like to see a bluegrass festival in that area. We presented the idea to some folks, laid out some plans, got prominent people onboard and an event was born…The Scott Valley Bluegrass Festival. The event consisted of 2 days of bluegrass music in the park and the vendors were all local. We started with a stage borrowed from the elementary school and later used the nice stage we rented from the city of Yreka. There was a nice sun shade stretched above the main audience area that not only kept the sun off the folks listening but also helped to protect the musicians on stage from any glaring.

The Scott Valley Bluegrass Festival was a true homegrown event and was loved by all. Bands were housed by families in town, food vending was done by local service clubs, the festival logo and mascot was created by a local artist…it was a wonderful few days each year. For all except the last year, when I wasn’t available, I hired the bands, took care of the back stage stuff, and was heavily involved in all aspects of the event. My beautiful wife was always a huge help in the hospitality tent. Yes, it was a lot of work, but it was 100% fun. The event ran for 10 years before the committee dwindled to the point where the remaining folks just didn’t want to do the work anymore, and then it quietly passed away, but has never been forgotten.

After lunch yesterday I walked through the park and reminisced about the event. I could still see the stage, and the people, and hear the music, and it took me back to much better times. Over the years I have put on, or was directly responsible for 17 multi-day music events, but that one was my favorite. Walking through the park I thought, “Would it be possible for me to resurrect this event and bring it back to life?” 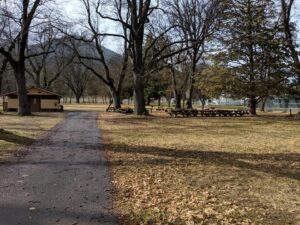 3 thoughts on “Etna and Bluegrass”